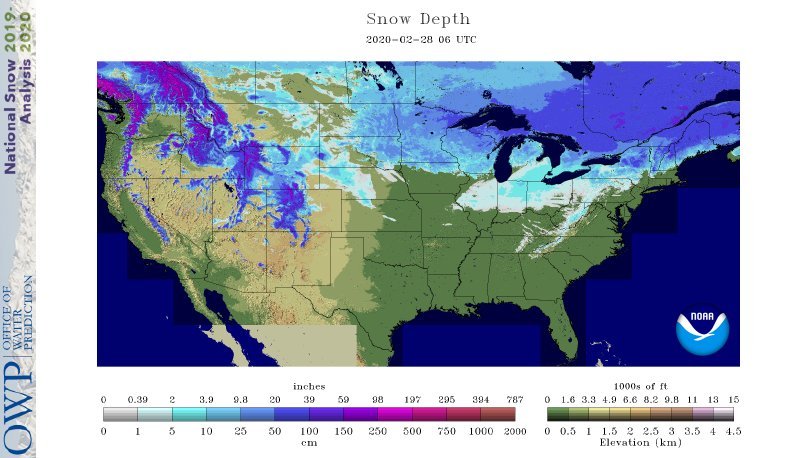 On the Plains, temperatures have rebounded to near- or above-normal levels in many locations, although breezy conditions persist. According to USDA/NASS, winter wheat condition slightly improved during February in several states, including Colorado, Kansas, and Nebraska. One-fifth of the Kansas wheat crop was rated in very poor to poor condition in late February, down from 23% a month ago.

In the South, chilly but mostly dry weather prevails. A few rain and snow showers are occurring, however, from the Tennessee Valley into the southern Appalachians. In the Southeast, light freezes occurred early Friday as far south as southern parts of Alabama, Georgia, and Mississippi.

In the West, warm, dry weather prevails, although cloudiness is increasing across California and the Desert Southwest. Warmth in California has accelerated crop development, but for some commodities short-term dryness has necessitated an early start to the irrigation season. On Thursday, daily-record high temperatures in California soared to 86° in downtown Los Angeles, 79° in San Jose, and 77° in Sacramento.