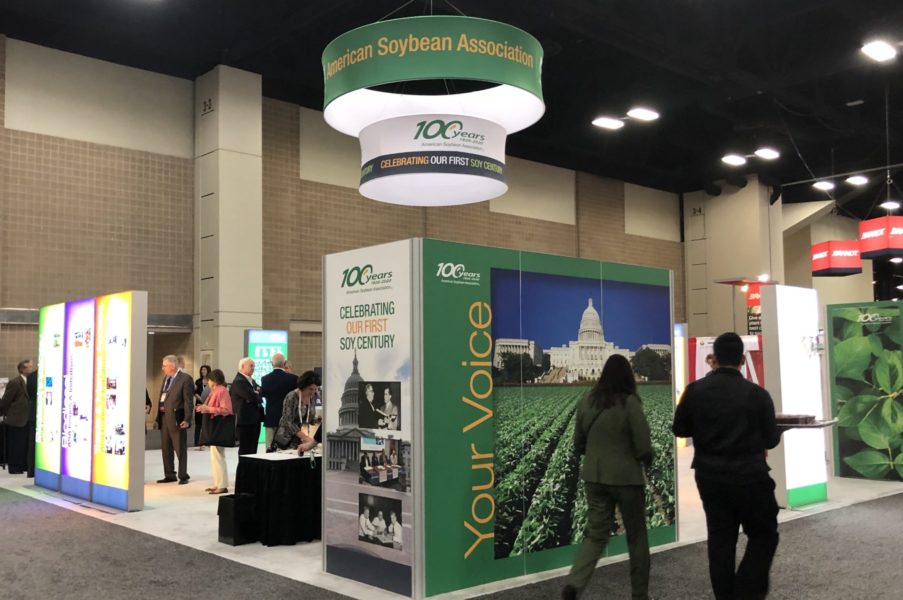 Ron Moore, a western Illinois farmer and past ASA president, says the 100th anniversary is an impressive milestone and he’s proud to be part of the organization.

“Back 100 years ago there were several people who were trying to promote soybeans and so they decided there was a need for an association and we’re honoring their vision of what the soybean production in the United States could be,” he says.

Moore served as ASA president in 2017.

“Farm economy and working with USDA to make sure farmers can stay doing what they’re doing- that thought process behind right to farm,” he says. “Then you go to trade- implementing these trade deals with phase one and getting USMCA singed by the Canadians is next, and then you go to biodiesel and infrastructure.”

Brownfield interviewed Moore and Gordon during the 2020 Commodity Classic in San Antonio.