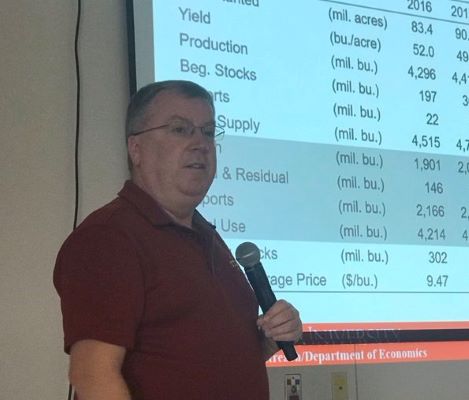 An ag economist says the spread of the coronavirus could worsen an already weakening global economy.

Iowa State University crop marketing specialist Chad Hart says he had concerns about the global economy even before the coronavirus outbreak.

But despite that potentially negative factor, Hart is confident the corn and soybean markets will see another late spring/early summer rally.

“I’m looking for that to happen again for both the corn and soybean crops,” he says. “If we think back, corn got up to 4.70 December corn futures. If the flooding is to the extent we saw this past year, I think we could touch that level again. On soybeans, we weren’t that far away from having triple digits last year. We could pull it off again if we’re having those delays in planting.

“But I think we’re facing the same problem again that we faced last year—they’ll swing that high but they’ll also come back down very quickly once we figure out, ‘okay, we didn’t get everything we wanted planted, but we’ve got enough to produce some major crops’.”