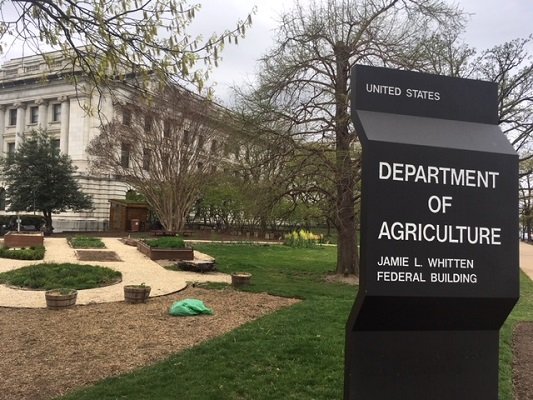 “The purpose of this week is to promote the education and awareness of hazards and safe work practices in an effort to reduce the number of accidents associated with grain handling and storage,” in a statement provided by the USDA.

Statistics from Purdue University show 370 people have died this past decade from grain bin entrapment accidents, including some within the last week. South Dakota Governor Kristi Noem says her life was changed forever in 1994 when her father died in such an accident.

“He did something that he told us kids to never do,” said Noem, during a conversation with Secretary Perdue, “he climbed into the grain bin to break up some chunks of the crust and that was the last time anybody in our family saw him.”

There are stickers an placards warning of the dangers of working in a grain bin, said Noem, adding that it’s important to heed them.

“We look at those stickers on those grain bins, we look at the warnings and when you get tired and it’s harvest time or you want to get a job done we look right past them,” she said, “and it can literally make the difference between life and death.”

It’s recommended that if it’s necessary to enter a bin, have someone monitor from outside the bin, wear a rescue harness and have safety ropes and ladders in place inside the bin. People are also urged to never work inside a bin when an auger is running.