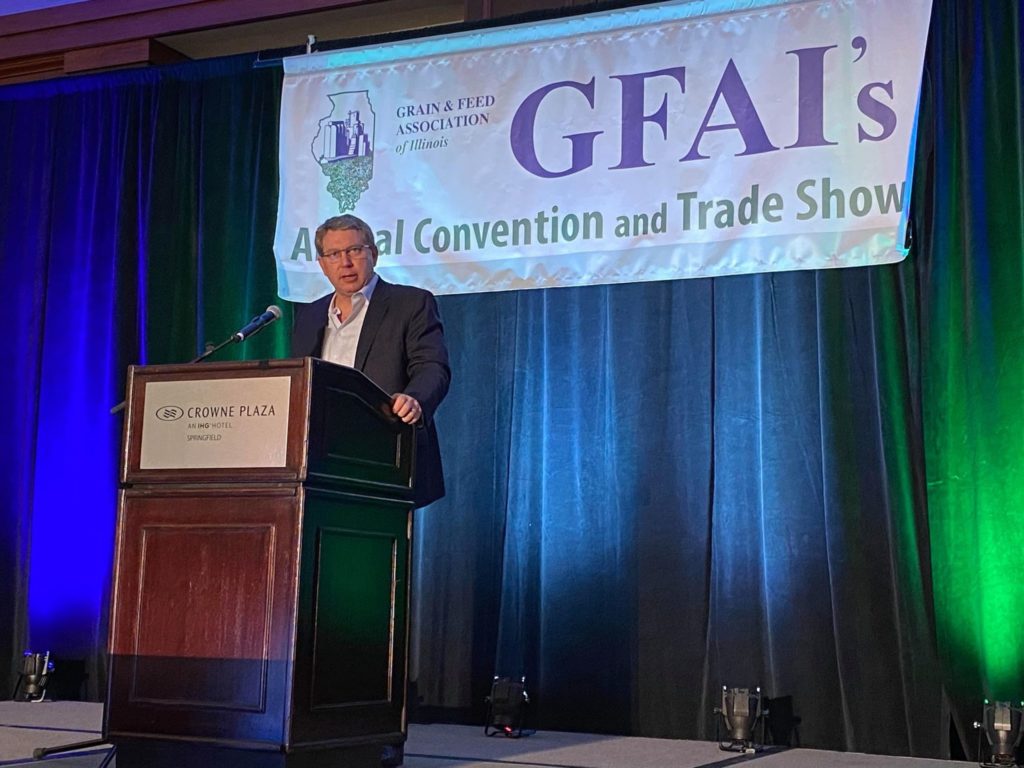 A soybean farmer is more optimistic about the signing of the phase one trade deal with China after being addressed by Chief Ag Negotiator Gregg Doud.

“The anticipation was that when phase one finally got signed that the price of corn and beans were going to go very very higher, and the reality is, the exact opposite has happened.”

Doug Schroeder is Chairman of the Illinois Soybean Association. He tells Brownfield he is encouraged by what Ambassador Doud had to say about the situation.

“What a lot of people don’t understand, and I didn’t until I heard from Ambassador Doud, is that phase one did not start until February 14th, so just a few days ago. Then, implementation of the 57 ag items could take up to a month or longer. So, the fact that the market has not seen any action yet is totally understandable.”

Schroeder says Ambassador Doud mentioned it could be July Fourth before the market truly reacts to the deal.

Schroeder says he was also happy to hear Doud say that introduction and adoption of genetically modified crops in the Chinese culture should be easier through the biotechnology aspects of the phase one deal.

Doud encouraged everyone to read the agriculture section of the trade deal on the US Trade Representative’s website.

As for how the Coronavirus outbreak in China could impact trade deal implementation, Doud told ag reporters…

“They (China) are actually working really hard given the constraints that they have.”