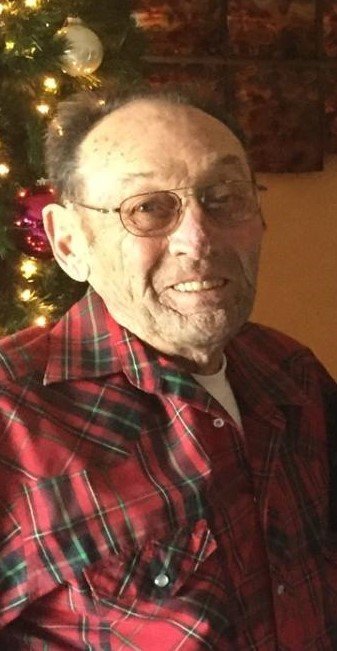 Robert L. Pennebaker, Sr., (Penny to all his friends) 85, of Fayette, passed away on Thursday, September 19, 2019, at Community Memorial Hospital in Sumner.  Visitation will be held on Friday, September 27, 2019, from 11:00 a.m. – 12:45 p.m. at the Sorden-Lewis Home for Funeral and Cremation Services in Lone Tree.  Graveside services will be held at 1:00 p.m. on September 27, 2019, at the Lone Tree Cemetery with military rites provided by the Lone Tree American Legion Post 457.  In lieu of flowers, memorials may be directed to the Lone Tree American Legion Post 457 in memory of Bob.  Online condolences can be sent to the family at www.lewisfuneralhomes.com.

Robert Lee Pennebaker was born on February 1, 1934, in Burlington, Iowa the son of Elbert and Betty Mae (Lawrence) Pennebaker.  During high school, Bob and his brother, Larry, custom bailed for farmers in the area.  He was a 1952 graduate of New London High School.  Following graduation, Bob worked different jobs, including Des Moines County as a surveyor.  Then Bob was inducted into the U.S. Army for two years.  After basic training, he was sent to Ft. Monmouth, New Jersey to radio repair school where he graduated second in his class.  He then went on to Korea for one year.  On June 18, 1955, Bob was united in marriage to Patricia Frank in Long Branch, New Jersey.  After he was discharged, Bob went to work for Iowa-Illinois Telephone Company.  Once promoted to I&R, Bob moved to Donnellson, Columbus Junction and Lone Tree.  Once promoted to Supervisor, they moved to Fayette and Knoxville, where he retired after 38 years.  Following retirement, he worked for Marion County for five years.  He was a past member of the Lone Tree Masons, Lone Tree and Fayette Fire Department, served on the Lone Tree City Council and was a lifetime member of the Lone Tree American Legion.  Bob enjoyed going to the Iowa State Fair, fishing, camping with the Camper’s 8 of Lone Tree, but most of all he loved to spend time with his family.

Bob was preceded in death by his parents and two brothers, John and Larry.

To send flowers to the family of Robert Pennebaker, please visit Tribute Store